If you’re reading this and a bit confused as to why you’re reading yet another graduation post, let me explain. While, yes, I did technically graduate and finish all my classes in December, there was NO way I was going to pass up the opportunity to graduate from YANKEE STADIUM in May (yes you read that correctly, THE Yankee Stadium). But I digress…

In between my last trip to NYC for Dave’s NCAA Championship and graduation I secured a job at my dream company, FOX Networks, as Distribution Assistant. Luckily for me, I already had a flight booked to NYC for Graduation, so I just canceled my return flight to San Diego and began securing my apartment, and finalizing my graduation plans.

The weeks leading up to graduation were a complete whirlwind. I began my first day back in NY by saying goodbye to a close friend, Etan, at the airport as soon as I landed. The following night was an award ceremony, followed by Dave’s first summer volleyball tournament, and before I knew it, my parents were in town to celebrate graduation 2.0.

NYU is pretty big (about 50,000 students), so each school breaks up and does their own graduation ceremony prior to the big Yankee Stadium Commencement. Luckily for me (and my parents), I went to a somewhat small school and program ( less than 100 graduates and less than 8 girls in my program) which meant a pretty quick ceremony. Unfortunately my graduation fell on the same night as the Ranger’s playoffs game but we couldn’t score tickets to go. Some might find it ironic that a few of my sports management friends ditched the end of graduation and headed to the Garden – talk about truly studying what you love!

We had a day between graduating as a school and NYU’s commencement in the Bronx so I took my mom to Hoboken for the day and then later grad alley on campus. I love being able to show her a new part of the city every time she comes – that’s one of the best parts of New York – it’s somewhat limitless.

It was the perfect day for  graduation – the sun was shining, not a cloud in the sky, and excitement in the air. A sea of students in purple robes flooded the gates into Yankee Stadium.  Truth be told, I have never seen Yankee stadium filled with so many non-sports fans in my life. No joke.  After venturing around the 100’s section, I found some sports management friends, then later my teammates and made my way to the 3rd baseline, where I would sit the rest of the ceremony. Though the ceremony was a bit longer than I wished, it was a pretty cool experience to graduate from my favorite ballpark. How many sports fans can say that they graduated from Yankee Stadium? Not many.

After commencement, we made it back to midtown for a lunch at an Irish Pub and a celebratory beer (Hey, I’m Irish!). I then showed my parents my new work HQ (News Corp), where we ran into my former intern boss, Chris Bellitti. He was a huge part of my post-graduation job success and it seemed only fitting to run into him just hours after officially “graduating”.

Graduation 2.0 was a huge success but I couldn’t have done it without the help of a few friends. A huge thank you goes out to my incredibly supportive parents and sister – thanks for putting up with me all these years. Thank you to all my friends, my teammates, and roommates for putting up with me the past four years – I could not have done it without you all! 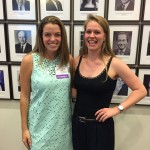 The Most Supportive Best Friend 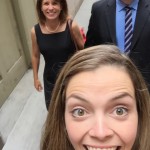 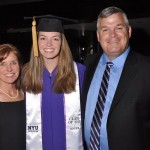 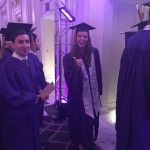 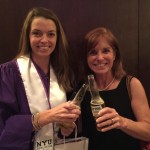 Cheers to being done 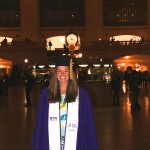 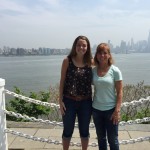 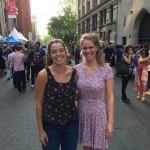 Grad Alley with the Twinny 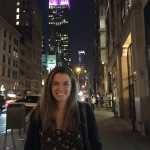 All lit up for NYU 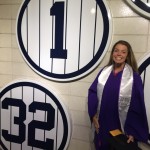 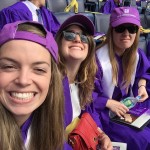 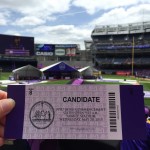 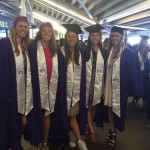 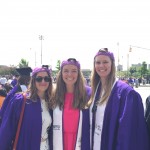 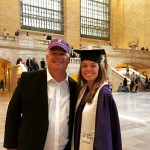 Dad and His Girl 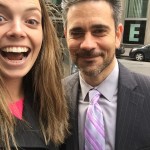 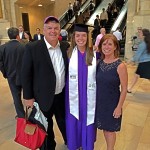